A Tale of Two Managers

Both good and bad managers have a lasting impact and they live in the memory of those who worked for them.  I have been traveling through my own time archives thinking about those several individuals who impacted me on my own career journey.  This article is the tale of two different managers and the lessons they taught me that I share with others today in my leadership development work. I will call these managers Kurt and John.

While I was in school, I worked for a large retail store chain.  We had many employees there who worked different shifts. In general, with a few exceptions, we were all hard working individuals. We knew our jobs and we worked well together.

Looking back, we were a very diverse group not only in the usual areas of race, gender, age, and national origin, but also in our communication and interaction styles. Despite our differences, there was one area of unanimous agreement among all of us. We hated working for Kurt and we liked working for John.

What was it about Kurt and John that brought us all to the same conclusions? They both got results. They both expected us to do our jobs. They both were consistent in their interactions with others.

In two words, the difference between them came down to leadership style. We hated the way Kurt led us and we appreciated the way John led us. 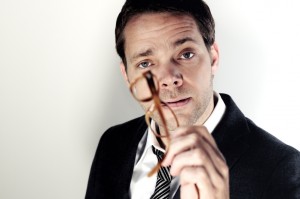 Kurt did not have favorites–he treated us all the same. He drove us like we were cattle. He spent his time circulating the floor to let us know he was monitoring our work, and he gave us unrealistic production requirements.

Kurt was very quick to punish any mistakes that any staff member made, and this correction usually came with an angry verbal public scolding in front of any customers or other staff members who happened to be present. Clearly, Kurt believed that public embarrassment was the best way to control the workplace, prevent staff mistakes from occurring, and get the results he wanted. We all needed our jobs so we worked hard to meet his many demands and to avoid his emotionally charged verbal attacks.

Kurt seemed to enjoy taking disciplinary action against employees. It wasn’t what he said that gave us that impression. Rather, it was what you felt from Kurt after he disciplined an employee. You could tell that he was happy and his floor monitoring on those occasions took on an air of the following: You better not mess with me! Did you see what I just did?

Kurt’s disciplinary actions included firings. In fact, most of the employee terminations in the store occurred on one of his shifts. Whenever he did take some type of disciplinary action with an employee our general reaction was to question the fairness of Kurt’s actions. This was true even when we knew an employee failed in some aspect of his or her job. Because of Kurt’s leadership style, there was rarely a clean separating line between the employee’s behavior and Kurt’s.

The only time Kurt relaxed his tight control was when the district manager visited the store. For these visits, Kurt underwent a personality transformation becoming a cordial manager. He would circle the floor and ask us how we were doing. When this occurred, we all knew that one of the top corporate bosses was in the store and probably looking down on floor operations as Kurt spoke with us. We used to call their visits “staff relief day.” (The day the big boss came to the store and we could get some relief from Kurt’s overbearing leadership style.)

Despite how we felt about Kurt and his leadership style, he did get results. In fact, he was one of the most productive shift managers for the district. When our store manager position became vacant, he became one of the top candidates for the position.

Leadership is more than getting results. It also includes creating a high performing team of workers who feel motivated to give their best to the leader and to the organization. Click To Tweet 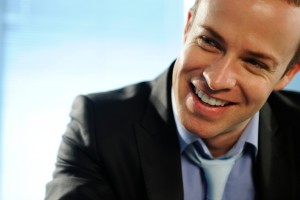 John did not have favorites either–he treated us all the same. He gave us realistic production requirements, trusted us to do our jobs (until shown differently), and he asked for our input as work issues arose.

When mistakes occurred, John’s first step was to ask what occurred, work with the team member on resolution, and then hold the team member accountable for a better effort the next time. He also talked to the team member about any mistakes he or she made in a secluded area of the store so peers or customers would not hear the conversation.

John expected us to get our work done and to do it correctly but he coached more than he directed. John also took time to interact with us individually as he checked to make sure we did not have any concerns or questions about team operations. John was personable but he wasn’t overly lenient.

John did not seem to get any special pleasure from taking disciplinary action. Instead, you felt from him that he saw disciplinary action as something that was necessary for him to do for the good of store operations. He knew it came with his job as a manager.

This was particularly true in the rare occasion when John terminated someone. In those occasions, John did not take visible pleasure in the power he held over us. He made the tough call that was necessary and instead of gloating, he just refocused us on fulfilling our duties.

The Day Everything Blew Up! 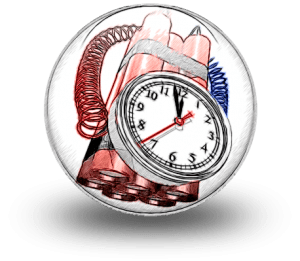 Kurt was upper management’s favorite candidate to receive the store manager position. His promotion seemed a foregone conclusion until the unexpected happened.

Specifically, one day a fatality occurred in our store that upset everyone. The cashiers who witnessed the incident were visibly shaken and some were crying. Those of us who worked in the warehouse were also stunned.

After public safety personnel left the store and removed the body, we milled about for a short time trying to make sense out of what had just happened. Kurt circled the sales floor in his usual manner and then called us all together. I still remember my thoughts at the time. I knew Kurt was going to take charge of the situation, offer words of encouragement and send some of the more upset cashiers home (as they were in no position to work).

I was wrong, however. When Kurt did speak, we were stunned. He proceeded to verbally attack the cashiers for being so emotional and not serving the customers. He told the rest of us to clean up the mess and get back to work. He also told us that we had to have all of the day’s work done by our regular shift ending time. Clearly, Kurt was concerned about keeping his production record untarnished.

Kurt did get results that day–just not the ones he wanted. Some staff quit immediately and walked off the job and others later complained to district headquarters.  Still, others insisted on working other schedules when Kurt was not in charge and everyone held him in contempt.

Senior management took notice of this uncommon reaction from the store’s staff and Kurt’s promotion disappeared with the actions he took that day.  Instead,  John was later rewarded BOTH for his ability to get good results and also for his ability to work effectively with employees.

Results are critical for any leader, but there are sometimes when we should argue with a leader’s results! This is especially true when the leader’s results come at the expense of the overall well-being of the team of people who have to do the actual work.

It’s been decades since I worked in that store but I still remember how those two managers made me feel. Ultimately, the key to consistent effective leadership is the following: How do you make your employees feel? 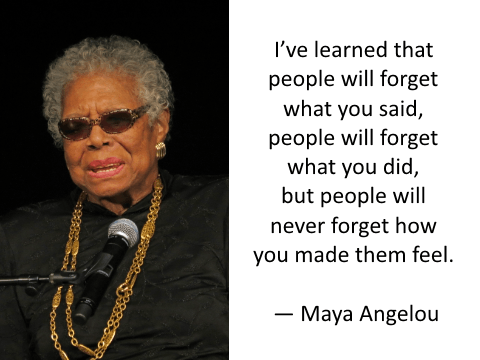 Good and bad managers have one thing in common — they will both be remembered by those who worked for them. Click To Tweet
Written by Robert Tanner | Copyrighted Material | All Rights Reserved Worldwide