The Extraordinary Lesson on Servant Leadership that is Nelson Mandela

Note: I wrote this article in 2013 when Nelson Mandela was in poor health. Like the rest of the world, I was saddened today by his passing. Mr. Mandela was a rare human being and leader who was able to look beyond the horror of apartheid and the personal injustices he suffered to peacefully unite a country. He did so without bitterness and reprisals. Today, a commentator made an extraordinary point about Mr. Mandela and South Africa. They negotiated their way out of apartheid to democracy without violence. None of that would have been possible without the extraordinary lesson on servant leadership that was and is Nelson Mandela. His example will live on. Today, like Gandhi and King he belongs to history! — Robert Tanner, December 5, 2013.

Nelson Mandela was that rare human being who exemplified servant leadership. Looking beyond apartheid and personal injustices, he peacefully united his country. Click To Tweet

My original article is below:

What is servant leadership?

The concept of leaders serving their followers goes back many years. In the Gospels, Jesus said the following:

But he that is greatest among you, shall be your servant.

A leader is best when people barely know he exists, when his work is done, his aim fulfilled, they will say: we did it ourselves.

With Mr. Mandela’s passing, I think how sad it is that some leaders cannot stay with us forever! The world is a better place for the extraordinary leadership example he set as the driving force of needed change in South Africa. In fact, the example he set is the leadership equivalent of the Olympic pole vault event. Nelson Mandela personifies servant leadership!

When the South African government freed Mr. Mandela, I was amazed at how he could move beyond the personal pain he suffered, the years of bondage, the separation from his family to serve his country. Some predicted when he assumed power that he would usher in an age of violence and retribution on the ruling class for the wrongs of the apartheid system. They were wrong. He loved his country. Consider the following from the extraordinary lesson on servant leadership that is Nelson Mandela:

In truth, servant leadership is rare. Many people talk about servant leadership but like the pole vault, few business, religious, social, and political leaders actually consistently make it over the top. Too often leaders do not allow themselves to get beyond human selfishness, ego, or bitterness. Some just run right under the vault!

The main principle of servant leadership is that leaders are attentive to the concerns of their followers and empathize with them, including those with little power in a system. Click To Tweet 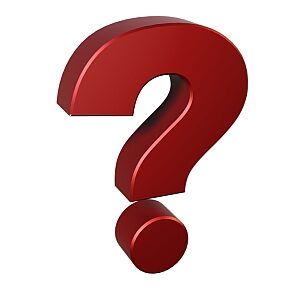