Ken Burns prepared a documentary on Teddy, Eleanor, and Franklin Roosevelt. Below is  a post on leadership that I recently published on Linkedin about the Roosevelts:

Ken Burn’s documentary on the Roosevelts provided a detailed portrait of their lives. It was an interesting documentary of three leaders who paved their own way. Some of my favorite quotes on leadership come from Teddy, Eleanor, and Franklin. Of course, any quote that resonates with us reflects our own values and beliefs.

Quotes also tell us something about the individuals who made them and the life lessons they came to embrace. After watching the series, I gained a better context for understanding why Teddy spoke about effective leadership, why Eleanor spoke about ethical leadership, and why Franklin spoke about interpersonal leadership.

Here’s a quote from each of them with my thoughts on the leadership lessons we can take from their words. I’ll start first with Teddy. 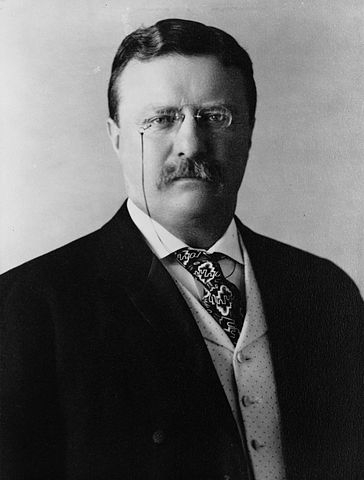 The best executive is one who has sense enough to pick good people to do what he wants done, and self-restraint enough to keep from meddling with them while they do it. ---A leadership lesson from Theodore Roosevelt Click To Tweet

Over the years, I have often heard leaders express how difficult it is to find the right talent to meet organizational objectives. Sometimes this is true, particularly for highly specialized jobs. My experience working with many managers and leaders tells me, however, that the biggest obstacle to organizational effectiveness usually lies with the leadership—not with the talent.

Many organizations have smart capable people working for them. These individuals can and want to do their best. Leaders have to let their people do their jobs, however.

For example, I remember a very smart executive who took great care to find senior managers to work for him. As he explained, he wanted any manager he hired to be fully committed to his organization.

His recruitment process included the following:

•  advertising in the Wall Street Journal and trade publications

• evaluating the feedback of his search committees

This senior executive had a comprehensive selection process. What he lacked was self-restraint to lead his talented managers effectively! Once he hired good talent, he gave them impressive management titles and organizational perks. He just never gave them the authority to manage their departments fully.

This executive constantly interfered and inserted himself into their operations. His new candidates learned what others already knew. This senior executive gave his managers only half of the authority that they needed to do their work. He always retained the other half.

Leadership Lesson 1 from Teddy Roosevelt: Find the right talent, then get out of their way, and let them do their jobs. (Don’t micromanage!) 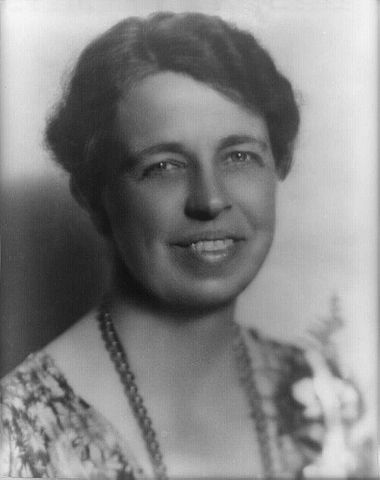 It is not fair to ask of others what you are not willing to do yourself. --- A leadership lesson from Eleanor Roosevelt Click To Tweet

While employees know that life is not fair, employees do expect their boss to be fair. Inconsistent, unfair, or unethical behavior undermines trust. When employees no longer trust their boss, it is difficult for the boss to lead these employees.

Trust is a fragile asset. Leaders create their own credibility gap by poor actions and by inaction as well. It does not take much for employees to question the fairness of their boss. The loss of a leader’s personal credibility can happen easily.

For example, I knew a Vice President of a large organization that created his own credibility gap. It happened during a time when the organization was losing revenue. He and his team implemented a cost-cutting program across the organization. Many worried privately that the VP and his team would not implement the cost cutting equitably. Their fears had merit.

They came to distrust the Vice President when they saw that he did not follow his own cost-cutting program. The VP made budget exceptions for his area and for other powerful peers. For these organizational favorites, he approved new hire requests, salary increases, new furniture and equipment purchases, office moves, etc. The less powerful stakeholders and those he did not like did not get these exceptions.

The organization eventually returned to profitability when the general economy improved. By the time this occurred, however, the VP had already destroyed his personal credibility. Many stakeholders viewed him suspiciously throughout the rest of his tenure.

Leadership Lesson 2 from Eleanor Roosevelt: Walk the talk. (Practice what you preach!) 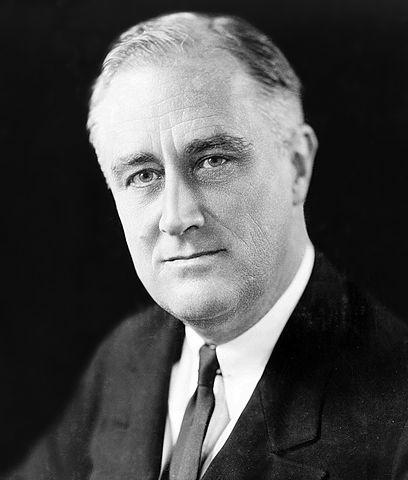 If you treat people right, they will treat you right... ninety percent of the time. --- A leadership lesson from Franklin Roosevelt Click To Tweet

Reciprocity is the mutual exchange of favors or privileges between two or more individuals or groups. This type of interpersonal bartering is built into our societal DNA from our early days when we had to trade to survive. It’s the understanding that if someone gives you something of value, then s/he will expect something valuable from you in return.

Negative reciprocity occurs when one person in an exchange tries to get something for nothing or for less than its recognized worth. It’s our understanding that someone has just taken advantage of us.

Employees come to the workplace expecting reciprocity from senior leaders. In exchange for good work, they will get fair treatment. In essence, they want their leaders to do them no harm. When employees fulfill their part of the exchange and do good work and they receive few rewards (it has to be more than money), then the employees experience negative reciprocity.

Leadership Lesson 3 from Franklin Roosevelt: Treat people well and most of them will treat you well too. (Except for the unscrupulous who will take advantage of you no matter what you do)

It’s important to see leaders clearly. The Roosevelts were not perfect. Like the rest of us, the Roosevelts had great potential mingled with human imperfection.

As the documentary shows, Teddy was a tenacious advocate for fairness as he fought against corruption. He was less committed to fairness when it came to racial equity, however. He also had a reckless streak that caused him to make rash leadership decisions at times.

Franklin led the country through some of its darkest and most frightening times with clarity and determination. He also betrayed Eleanor’s trust with his personal indiscretions with her social secretary, however.

Eleanor was a formidable advocate for women’s rights, civil rights, and the formation of the United Nations. Her tough childhood made her emotionally distant from her kids, however.

Despite their imperfections, it’s clear from their quotes that Teddy, Eleanor, and Franklin Roosevelt understood that effective leadership begins with good people skills.