One Size Does Not Fit All Leaders

There is no one style, personality profile, or interaction approach for an effective leader. Leaders do come in “all shapes and sizes.”

Few can deny the effectiveness of leaders such as Golda Meir, Nelson Mandela, Mahatma Gandhi, Dr. Martin Luther King, Lee Iacocca, Oprah Winfrey, and Steve Jobs. They all had success and few can deny that these leaders differ significantly.

There is no one style, personality profile, or interaction approach for an effective leader. Leaders come in all shapes and sizes. Click To Tweet

Drucker also states that he worked with effective leaders who were very diverse in terms of their personalities, attitudes, values, strengths, and weaknesses. Some were introverted while others were extroverted. Some were easy going and others were controlling. 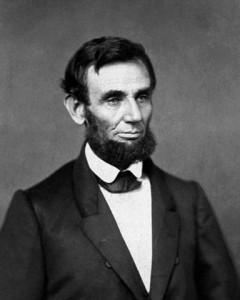 • Failure of a business that left him deeply in debt;
• Limited attendance in school as a child due to his family being poor;
• An episode of severe depression;
• A refused marriage proposal.

Clearly, Lincoln’s tenacity and his ability to learn from his mistakes kept him on his road to greatness as a great leader. He did not let past failures dictate his future.

Abraham Lincoln suffered many setbacks. It was his ability to learn from his mistakes and his refusal to give up that led him to become a great leader. Click To Tweet 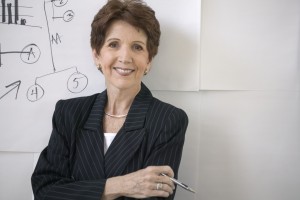 While leaders are diverse in their approach, we can identify common practices that all leaders share.

In his consulting work over the years, Drucker identified eight practices that the effective executives he worked with had in common.

These eight practices are the following:

1. They asked, “What needs to be done?”
2. They asked, “What is right for the enterprise?”
3. They developed action plans.
4. They took responsibility for decisions.
5. They took responsibility for communicating.
6. They were focused on opportunities rather than problems.
7. They ran productive meetings.
8. They thought and said “we” rather than “I.”

The Lesson for Today’s Business Leaders

Effective leaders make these eight practices a normal part of their operational practices. It becomes a part of their management DNA. It is ingrained in their communications, their decision making practices, and their interactions with others. They also look at organizational mistakes differently. While mistakes have consequences, effective leaders also know that mistakes are opportunities for learning and innovation. The ability of these leaders to apply these eight practices to organizational mistakes allows them to make “lemonade out of lemons.”

Effective leaders think and say WE rather than I. Click To Tweet
Written by Robert Tanner | Copyrighted Material | All Rights Reserved Worldwide